Being an artist is like being cursed. A bit intense I know, but I thought long and hard on this and it was the best I could come up with. It was a ‘Cyanide and Happiness’ comic that introduced me to “The Creator’s Curse”, which essentially means as an artist you are constantly creating and improving, which results in a lack of satisfaction with your completed work. You then create more work in hopes of achieving that feeling of completion, only to be thwarted again by the same results – fun right?

It’s hard to say if I knew this going in, but it was without hesitation that I signed the contract handing over my soul over to the penniless existence of an artist, and I couldn’t be happier! There are a lot of different parts involved, from the humdrum logistics of the business, to the burning, fiery passion that lights up my soul!! It all adds up and balances itself out.

My contract was finalized when I enrolled into art school, doing my first two years at North Island College in Comox and the rest at Emily Carr University in Vancouver. I finished with a Bachelors Degree in Fine Arts Majoring in Film, Video and Integrated Media, which took me five years to finish instead of the four that I had planned (just like the gypsy woman said…). It was in my second year at NIC in my drawing class when I first discovered wood burning. The assignment was to use a medium that we had never used before, and my classmate lent me her wood burning pen.

I remember very clearly the feeling when I first started, the smell of a smoke filled the room and I was lost in a cloud of contentment. It was pretty cool to see the memory pop up on my Facebook of that fateful day, including the caption; “I think wood burning and I may have a future together ♡” (it looks like I’m the gypsy woman now!). You could say that it lit up a path for me that I quickly scrambled down, I graduated and plunged into my dream head first. After many tears, a lot of stress, and a few loans from mum and dad (bless their souls), I can say with a touch of confidence that I have become a successful, full-time artist.

It was over a lot of time, trial and error, and a ton of mistakes that I was able to figure out my process, and even now it’s always changing and evolving. I most often frequent hardware stores for my wood canvases and have struck deals with different saw mills and wood workers all over BC to get my hands on that beautiful live edge wood.

I’ve come to rely on the Grid-Method technique, which includes making my designs on Photoshop first (there’s a free version called GIMP if anyone wants to give photo editing a try), then printing them out and using a grid to transfer them. One of my favourite parts about being an artist is sharing my knowledge and experiences with other artists, especially those who have found a passion in wood burning, so to anyone reading this please don’t hesitate to reach out and ask me anything!

If you take a look at my body of work, it becomes pretty clear that a lot of my inspiration comes from nature. I was lucky enough to have a childhood that divided my time between the Canadian Rockies and Vancouver Island, giving me a feeling of connection with both the mountains and the ocean, along with all the animals that we share it with. I am also very inspired by those around me, not only other artists, but those share that fiery passion for life and strive to make the world a better place.

Okay, now we’ve gotten past the logistics part of things (thanks for sticking around), how it all started, how it’s all done, but now we get real, to the heart of it all, the why of it all. I think Stephen King sums it up nicely when he says, “because it would be suicide not to”. So, here’s where the curse comes in; I need to create art. It’s a must.

That fire in my soul will burn this whole place down it doesn’t get let out from time to time. I think most people can relate to this feeling, why we explore, push ourselves and seek out progression. It’s our emotions involved that bring us to these places and it’s what we live for, even if it comes with its’ faults. I live for the times when I can’t believe the magic that pours out of my pen and endure the days when I can’t stand to look at the piece I’ve dumped endless hours into.

So there you have it, just like all my favourite Disney Princesses, I’m cursed. I don’t think it’s something to complain about, just like many things in life, it’s a love hate relationship. I love being excited about what I do every day vs. I hate not knowing if I’m going to make rent this month. Balance!

Thanks for taking the time to read about my process, I hope it can bring you some form of inspiration and I’ll leave you with the encouragement to keep turning the cycle of accomplishment and defeat, keep pushing, striving and learning and feel free to order some wood burnings because I could really use the cash.

Find Samm Moore and her Art 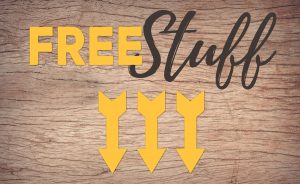 TAKE ME TO THE FREEBIES!!